I’m building a sensitive receiver for FreeDV 2400A signals. As a first step I tried a HackRF with an external Low Noise Amplifier (LNA), and attempted to measure the Noise Figure (NF) using the system Mark and I developed two years ago.

However I was getting results that didn’t make sense and were not repeatable. So over the course of a few early morning sessions I came up with a real time NF measurement system, and wrinkled several bugs out of it. I also purchased a few Airspy SDRs, and managed to measure NF on them as well as the HackRF.

It’s a GNU Octave script called nf_from_stdio.m that accepts a sample stream from stdio. It assumes the signal contains a sine wave test tone from a calibrated signal generator, and noise from the receiver under test. By sampling the test tone it can establish the gain of the receiver, and by sampling the noise spectrum an estimate of the noise power.

The script can be driven from command line utilities like hackrf_transfer or airspy_rx or via software receivers like gqrx that can send SSB-demodulated samples over UDP. Instructions are at the top of the script. 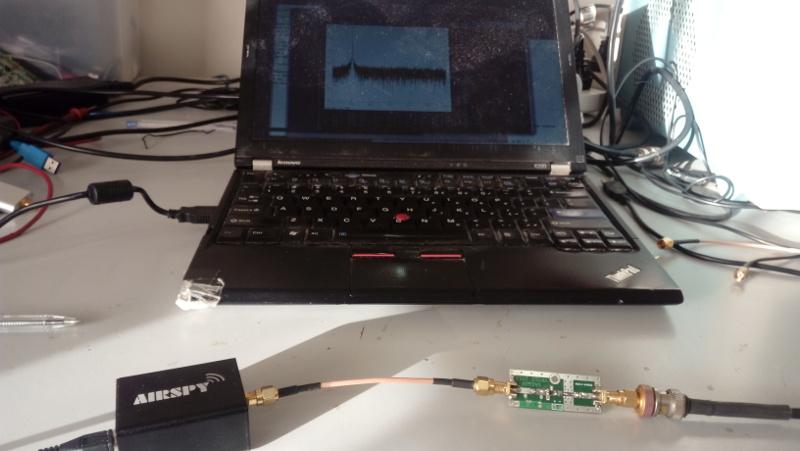 I’m working from a home workbench, with rudimentary RF skills, a strong signal processing background and determination. I do have a good second hand signal generator (Marconi 2031), that cost AUD$1000 at a Hamfest, and a Rigol 815 Spec An (generously donated by Mel K0PFX, and Jim, N0OB) to support my FreeDV work. Both very useful and highly recommended. I cross-checked the sig-gen calibrated output using an oscilloscope and external attenuator (within 0.5dB). The Rigol is less accurate in amplitude (1.5dB on its specs), but useful for relative measurements, e.g. comparing cable attenuation.

For the NF test method I have used a calibrated signal source is required. I performed my tests at 435MHz using a -100dBm carrier generated from the Marconi 2031 sig-gen.

The script accepts real samples from a SSB demod, or complex samples from an IQ source. Tune your receiver so that the sinusoidal test tone is in the 2000 to 4000 Hz range as displayed on Fig 2 of the script. In general for minimum NF turn all SDR gains up to maximum. Check Fig 1 to ensure the signal is not clipping, reduce the baseband gain if necessary.

Noise is measured between 5000 and 10000 Hz, so ensure the receiver passband is flat in that region. When using gqrx, I drag the filter bandwidth out to 12000 Hz.

The noise estimates are less stable than the tone power estimate, leading to some sample/sample variation in the NF estimate. I take the median of the last five estimates.

Instructions on how to use both methods are at the top of nf_from_stdio.m

Here are some results using both gqrx and command line methods, with and without an external (20dB gain/1dB NF) LNA. They were consistent across two laptops.

The results with LNA are what we would expect for system noise figures with a good LNA at the front end.

The “no LNA” Airspy NF results are curious – the Airspy specs state a NF of just 3.5dB. So we contacted Airspy via Twitter and email to see how they measured their stated NF. We haven’t received a response to date. I posted to the Airspy mailing list and one gentleman (Dave – WØLEV) kindly replied and has measured noise figures of 4dB using calibrated noise sources and attenuators.

Looking into the data sheets for the Airspy, it appears the R820T tuner at the front end of the Airspy has a NF of 3.5dB. However a system NF will always be worse than the first device, as other devices (e.g. the ADC) also inject noise.

Other possibilities for my figures are measurement error, ambient noise sources at my site, frequency dependent NF, or variations in individual R820T samples.

In our past work we have used Bit Error Rate (BER) results as an independent method of confirming system noise figure. We found a close match between theoretical and measured BER when testing with and without a LNA. I’ll be repeating similar low level BER tests with FreeDV 2400A soon.

It’s really nice to read the system noise figure in real time. For example you can start it running, then experiment with grounding, tightening connectors, or moving the SDR away from the laptop, or connect/disconnect a LNA in real time and watch the results. Really helps catch little issues in these difficult to perform tests. After all – we are measuring thermal noise, a very weak signal.

Some of the NF problems I could find and remove with a real time measurement:

I had to work through several problems before I started getting sensible numbers. This was quite discouraging for a while as the numbers were jumping all over the place. However its fair to say measuring NF is a tough problem. From what I can Google its an uncommon measurement for people in home workshops.

These bugs are worth mentioning as traps for anyone else attempting home NF measurements: 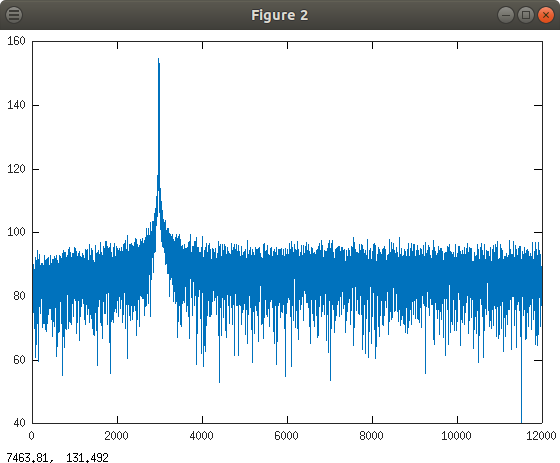 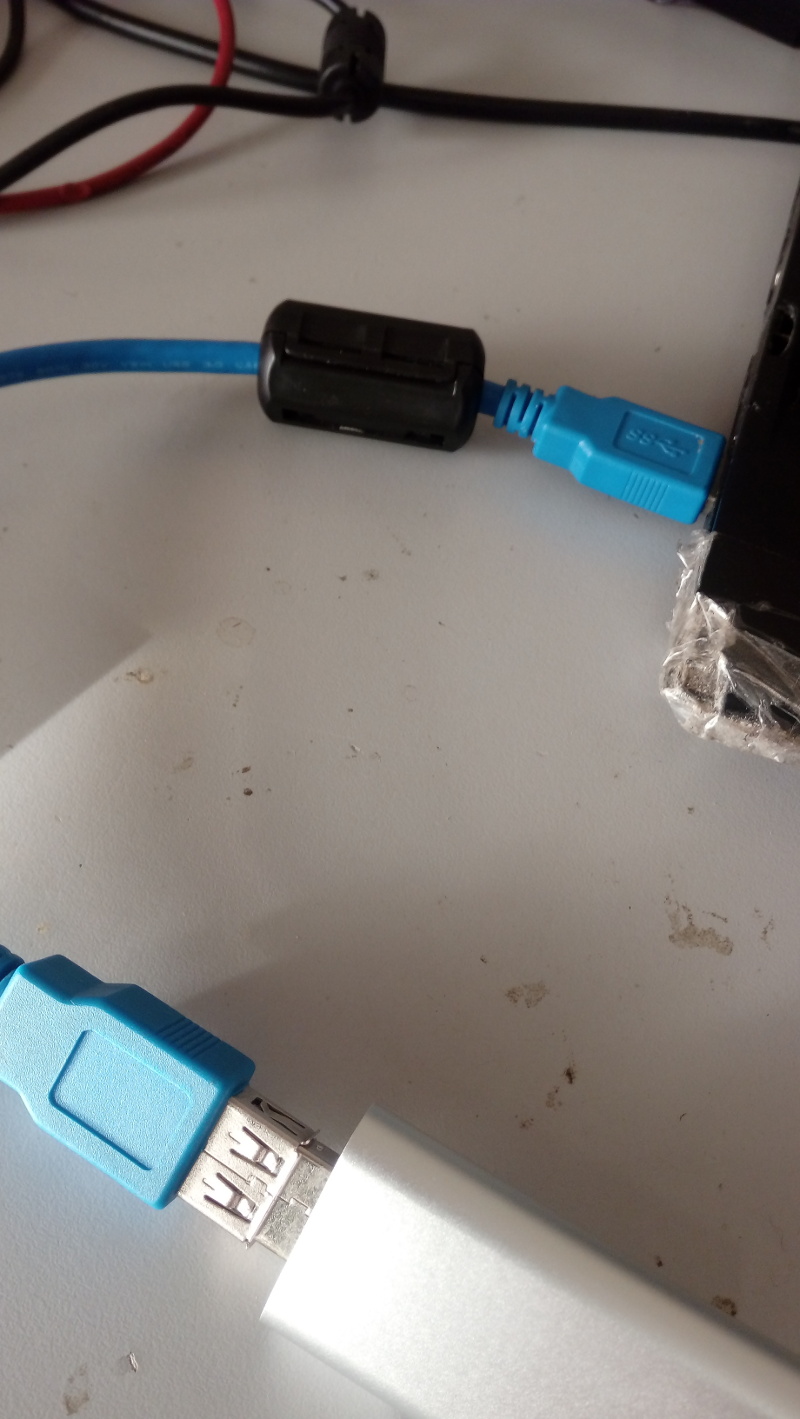 Thanks Mark, for the use of your RF hardware, and I’d also like to mention the awesome CSDR tools and fantastic gqrx software – both very handy for SDR work.