Gerhard (OE3GBB), Steve (K5OKC) and I have been working on FreeDV 2020 over the Es’hail 2/QO-100 satellite. This satellite is in geosynchronous orbit and has a linear transponder. It’s designed for SSB so has a narrow bandwidth which rules out most digital voice modes – except FreeDV. For example FreeDV 2020 can send 8 kHz wide speech over just 1600 Hz of RF bandwidth, A linear amplifier also means the OFDM waveforms used by FreeDV will pass OK, as long as your transmit system is linear.

Gerhard’s initial experiments showed that FreeDV 1600 worked well, but FreeDV 2020 was breaking up and losing sync. We guessed that this was due to significant phase noise on the channel, from the many up and down conversion steps and the transponder itself. Fortunately the SNR was quite high.

Steve and I modified the OFDM modem used for FreeDV 2020 to handle this. This modem had been designed for coherent demodulation on very low SNR HF fading channels. The phase tracking was designed for HF channels with a bandwidth of a few Hz. As a first step we added a high bandwidth option, then moved to differential demodulation. This allows us to handle faster phase shifts (i.e. more phase noise), at the expense of reduced low SNR performance. This is an acceptable trade off for this channel as we have plenty of SNR.

Gerhard also had some set-up problems getting everything to run on one machine – FreeDV 2020 likes a powerful, modern CPU due to the LPCNet codec.

I now have the rather complex Windows build process for FreeDV fully scripted (thanks Richard and Danilo). This means I can develop on Linux, then run a Docker script that rebuilds everything for Windows, packages it in an installer, and pops it up on my web site. Remarkably, it then produces the same results as the Linux version. This take a a lot of pain out of my life, and makes it easy for others to test innovations rapidly.

Here is a sample of the decoded audio, from a QSO between Gerhard and Dani (EA4GPZ):

The quality is quite high, and through a nice set of speakers the wide, 8kHz audio bandwidth is very pleasant. However I can hear some frame rate modulation, and I’ve heard similar on some other 2020 samples over HF channels from the US test team. I’ll explore that at some stage. 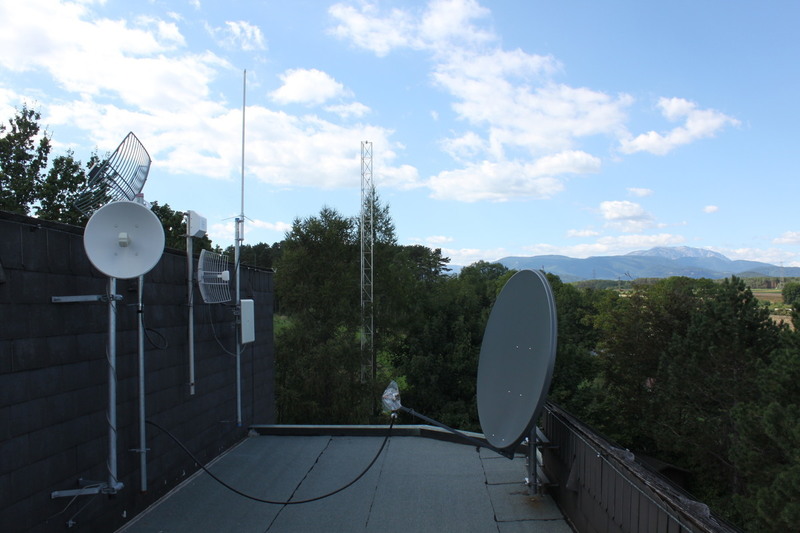 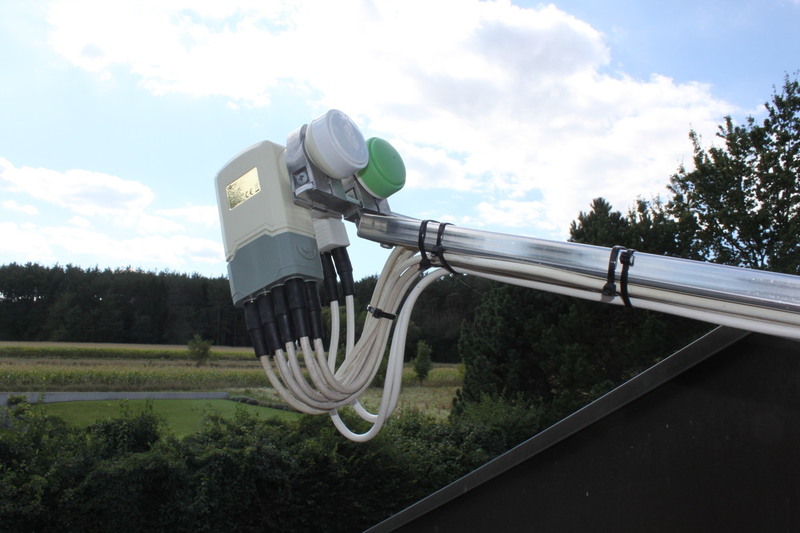 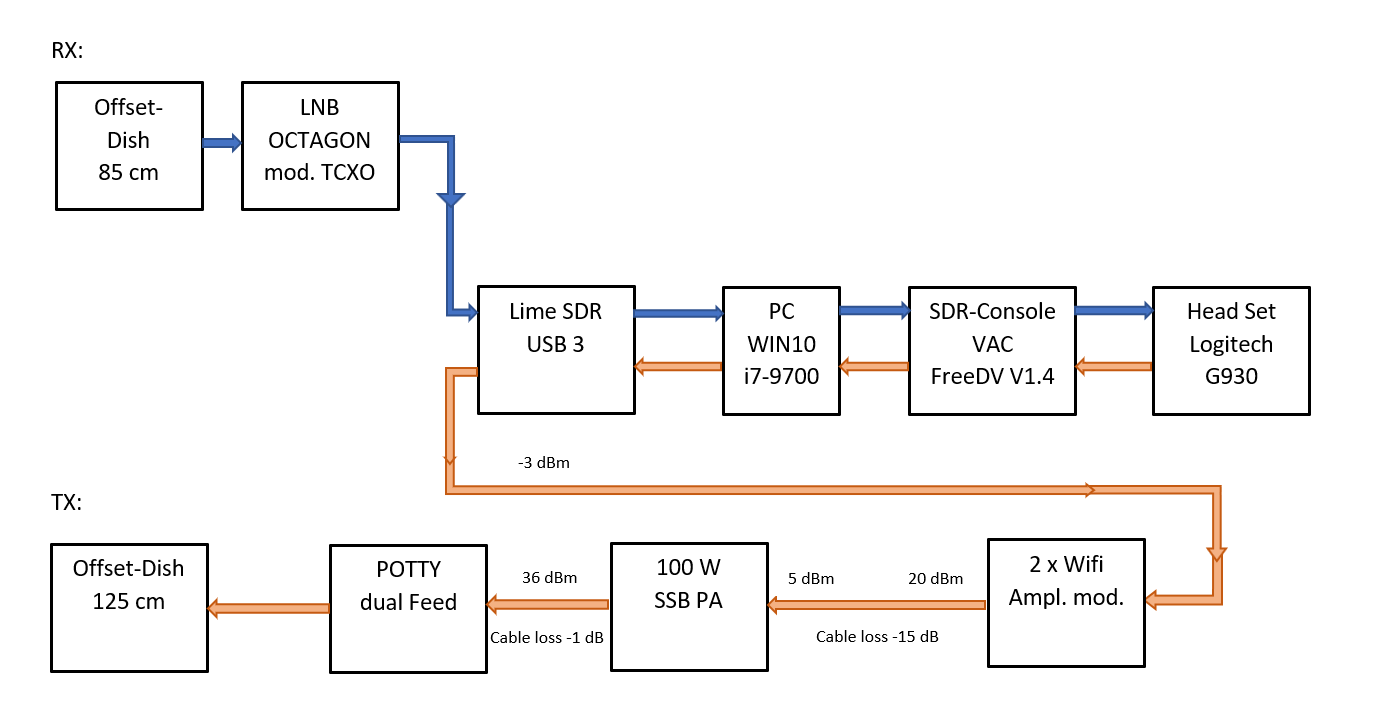 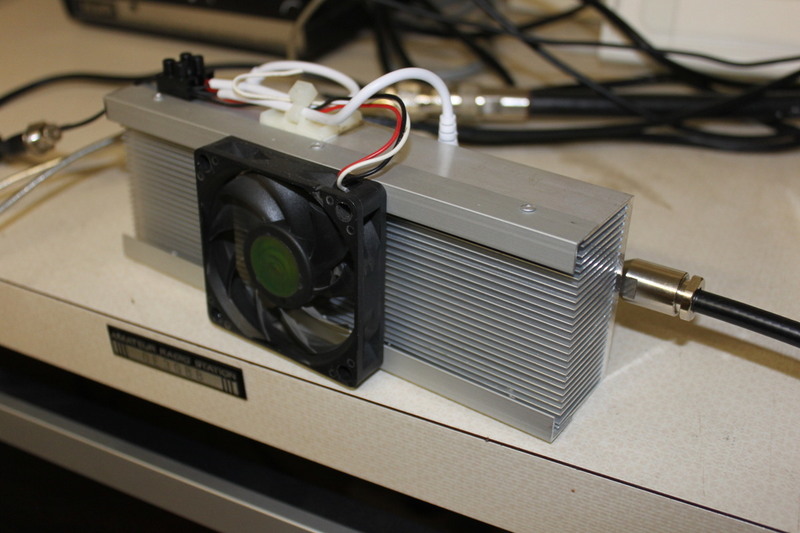 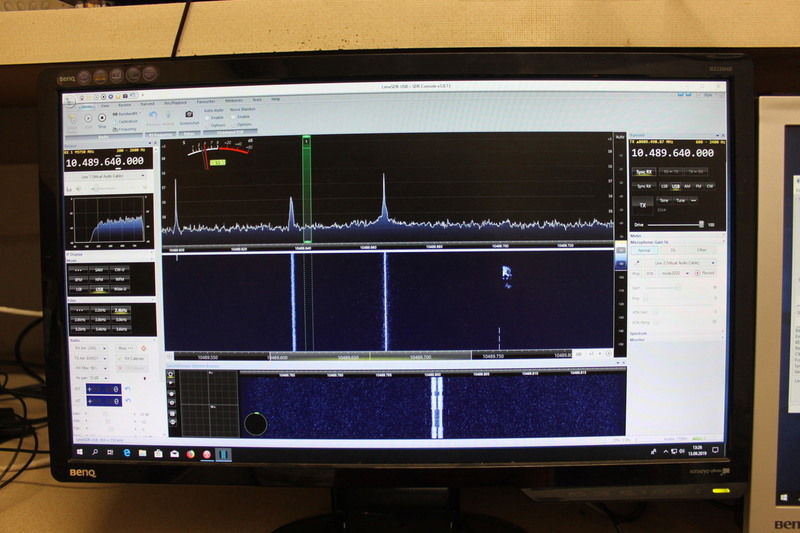 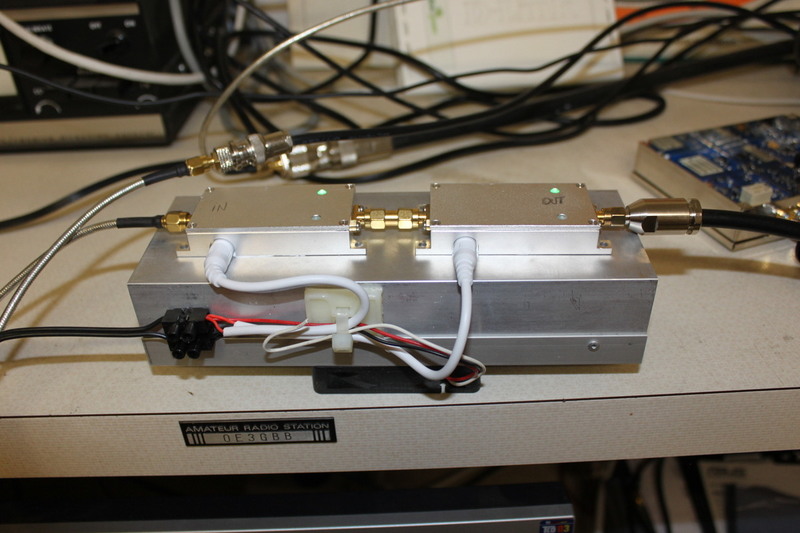 I am enjoying working with Gerhard and Steve on this project. We are roughly equi-distant around the globe but the time zone shift allows us to bounce new software versions around for testing on 12 hour cycles. Working as a team, we investigated the problem and greatly improved the performance of FreeDV 2020 over the QO-100 satellite. We worked very carefully, debugging tricky problems, collecting and comparing samples, and discussing our results via email.

We have applied new speech coding technology (the neural net/machine learning based LPCNet), modified and optimised a HF modem, and sent our signals through a new satellite transponder. This is real experimental radio!

Our next step is to look at improving modem acquisition, which is also likely to require tuning for this channel.